They say that behind every powerful man, there is a stronger woman guiding and supporting him.

Fortunately in my case, this also holds true for overgrown, neurotic man-children.

Please join me as I at long last pull the curtain and reveal the magnificence of she who is my wife, mother of my children, and head administrator of our homey little asylum….

Likes: Being “Mommy/Mommy/Mommy”, babies, kittens, tap-dancing, crocheting, shiny things, full-grown cats, parades, the films of Grace Kelly, the music of Tom Petty, little pink tutus, You Tube videos featuring kittens and/or full-grown cats, mimosas, proper skin care,  the sublime rock power that is Metallica,  the egregious affront to the eyes, ears, and mind that was Hallie Berry’s “Catwoman”, her cats, Doctor Who (really!), over-grown, neurotic man-children who get her turned on to Doctor Who

Dislikes: Waking up early, being called a “Dirtie Hippie”, dish-washing, constantly being called-out on her love for the egregious affront to the eyes, ears, and mind that was Hallie Berry’s “Catwoman”, me complaining about her cats

Spirit Animal: Really?  You haven’t caught on to the theme yet?  Shall I draw a picture? 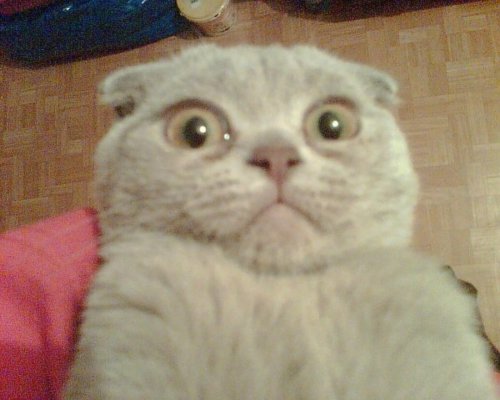 Famous Quote:  “All right, Fart-Nuts!!  Mommy’s coming downstairs, AND HELL’S COMING WITH ME!!”  (The children may have been acting-out a bit too much that morning….)

BIO:  Born in an explosive burst of glitter and sparkles in a small, Kentucky town you’ve never heard of (Flemingsburg – “Covered Bridge Capital of the U.S.A”), the child that would one day become Mama Angel immediately displayed a love of whimsy and demand for obedience that she would one day pass on to her children.  This was most inappropriately illustrated the day that she pantsed her mother in the local grocery store after being told she would not be getting the “My Little Pony” she had her eye on.

Allowed to continue breathing after the public humiliation she foisted upon her innocent and well-meaning mother, the little angel would grow into a beautiful young woman full of life, humor, and barely restrained contempt for those unable to color coordinate their clothing.

Ironic, considering who she would end up marrying.

As it turned out, ours was your typical love story:

Boy breaks glasses.
Boy tapes glasses and goes to mall to buy new pair.
Boy meets Girl who sells him new glasses.…
Girl flirts with Boy.
Boy thinks she’s just trying to close the sale (Boy is immensely clueless).
Boy leaves mall with new glasses Girl sold him.
Boy can’t get Girl out of his mind.
Boy keeps coming up with excuses to go to the mall to see if Girl is working.
Girl notices Boy constantly walking by the Deb Women’s Store across the hall.
Girl assumes Boy is a cross-dresser.
Boy dresses up for an interview for a job he didn’t get.
Boy figures he’ll never look better, maybe it’s time to grow a pair and ask out Girl.
Boy goes back to Girl’s work, with ingenious excuse of needing his frames adjusted.
Boy’s brilliant plan seems to backfire when it appears that he will instead be assisted by Sweet Old German Lady.
Girl notices Boy is back, takes hapless customer off Sweet Old German Lady’s hands.
Boy babbles while Girl looks at frames.
Boy confesses to Girl that his frames didn’t need adjusting.
Girl responds, “yeah, I know”.
Boy responds, “well I have a crooked head so you couldn’t really know”.
Girl smirks.
Boy asks Girl if he can take her out to lunch.
Girls says, “no”.
Boy hears fighter plane in his head going down in a savage burst of flames.
Girl then says, “but you can take me out to dinner”.
Hilarity ensued.

Three years of dating and seven more of marriage later, I still find myself in complete wonder that this Beauty would ever give the time of day to my Beast.  There are times I still catch myself getting completely lost in the radiance of her beautiful smile.  She’s the best thing that ever happened to me, a best friend who has given me truly priceless gifts in the forms of her love and our children.  She is everything to me.

And she knows it.  Which is how we recently ended up with two damn cats.

Still, life would be dull and gray without her.  Not just my clothing, mind you, but my world itself would be immeasurably darker without her.  She is the yin to my yang, the Bonnie to my Clyde, the sacrificial lamb I offer up to the children whenever they’re particularly irksome.  Where I’m introverted, she’s extroverted.  Where I’m quiet, she’s loud.  Where I just want to sneak out the back, she wants to dive in headfirst.  To paraphrase the immortal Jack Nicholson (who I’m sure she’d also totally leave me for if he were 40 years younger), she makes me want to be a better man.

In the end, all the things that truly matter in my life – our home, our children, that bottle of Maker’s Mark she got for being an ambassador – I have because she loves me.  It is a love that I don’t know that I’ll ever feel worthy of, but will spend every day of the rest of my life trying to be.  Of all the things I’m thankful for in this life, her love is the first that always comes to mind.

But I’m still not getting her another damn cat.