Recently I was on the phone with a dear friend (affectionately referred to as “Lil’ Sis”), who’s due to deliver her second child within the next few weeks.  This go-round had been a bit harder on her than the first, and she indicated that she was more than ready to evict the raucous tenant in her womb who apparently was spending most of the night staying up partying and somehow managing to hit her with all the morning-after hangovers and nausea.  That’s when she brought up something that some other friends of hers had recently asked:

“So when are you going to have another?”

“Another one??”, she exclaimed to me, “I haven’t even had this one yet!  I’m sicker than I’ve ever been!  I don’t even have ankles anymore, I have tree trunks!!  What are they thinking??”.

Now I should point out that Lil’ Sis is probably the most even-keeled person I know, but it still didn’t surprise me that she responded so vehemently.  It didn’t surprise me because Mama Angel and I had also been asked this question more times than I can count, either in the middle of a pregnancy or soon after the conclusion of one

It also left me wondering, “why are people so dead set on you having another kid when you’re trying to deal with the  one you just brought home?  Shouldn’t we at least give this one time to, y’know, learn to walk, talk, and poop for himself?  Good Lord, he hasn’t even lost that new baby smell yet!”.  Uncle Studley and I were born six years apart, so this seemed perfectly reasonable to me when we first brought Footloose  home.  I figured we’d at lease wait three years or so, just so we had a handle on the one before introducing another.

Of course, my unfettered, animalistic machismo shot that plan right out of the water. 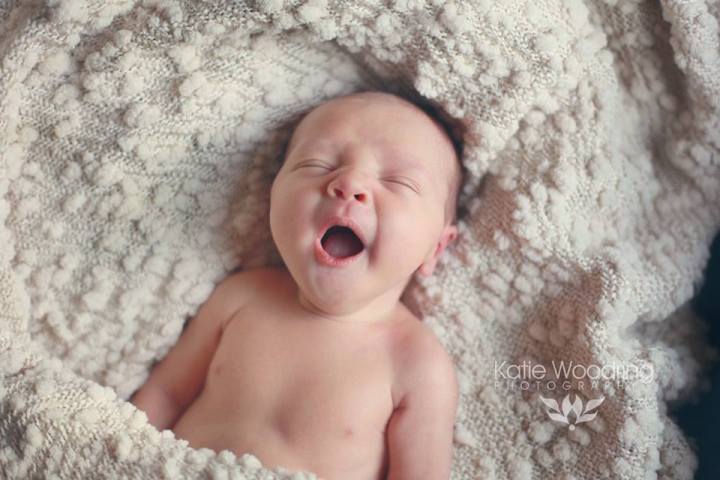 Thus, on the day of Footloose’s  first birthday party, we learned that Roundbottom would be joining us.  Fast forward nine months, and we’re staying awake all night with the new little tyrant and spending all day juggling him and his brother, suffering from the game of “Who Can Fill the Most Diapers the Quickest” being played between them.  This left Mama Angel and I more tired and stressed than we’d ever been before or since, looking like extras from “The Walking Dead”, praying for the sweet release of oblivion.  This is of course when  we got hit with the question:

It was at this point that I seriously began to think that a stay in the pokey due to assault charges might actually make for a nice vacation.

What is it with these people?  Is there some quota I should know about?  Are we on some baby-making time-clock from Hell?  When the grandparents first asked I just figured that what grandparents do.  After all, the more children the more revenge they get to enjoy for all we put them through when we were kids.  It wasn’t just the grandparents, though.  It was friends, too.  That’s when I had a revelation:

They don’t want to suffer alone.

The friends that kept asking were the ones who already had MULTIPLE KIDS.  They either already had their second, or were working on their third or fourth.  Now don’t get me wrong, I have nothing but respect for those people actually capable of shepherding an entire herd of the little wolverines, but Mama Angel and I have both come to the realization that we ain’t those people.  We’re already outnumbered by the two we’ve got.  Forget the sheer endurance it has taken to handle the little chaos engines.  Forget how damn expensive it is right now, let alone when they become teenagers (which is a nice way of referring to walking black holes that consume all the food in the pantry in less time than it takes to go out and buy it).  We’re so close to the place where diapers will become a repressed memory and sleeping in won’t be a once-a-year luxury that I can taste it.  They think we’re gonna start from square one all over again at this point?  Just so they can live with the satisfaction of knowing they don’t suffer alone?

THEY OUT THEIR DAMN MINDS.

Of course when you tell them that, they play their final ace-in-the hole, the one I referred to earlier.  They look at my wife, put on the little pout, and ask her, “don’t you want a little girl you can dress up in pink bows?  Can’t you just see yourself painting her itty-bitty, precious little toenails?”  Bastards.  You went for the weak spot, and she actually got that look in her eyes.  The one where she’s running in a field of little pink tutus, chasing rainbows while unicorns poop candy.  Fortunately, all I have to do is leave her alone with the Lords of Disorder for a day and she quickly comes back to her senses.  Plus, if she gets really desperate, Roundbottom has no problem with her painting his toenails.  He likes to feel pretty.

For the sake of argument though,  I’ll go ahead and answer the question.  What would it take for us to have another one?  We’ve discussed it, and there is a chance we would consider, if we had the following:

Get me all five of those things, and we’ll consider it.

In the meantime, we’ll focus on the two we’ve got, and leave others to determine their own quotas for themselves.   Footloose and Roundbottom are more than enough; for us, the surrounding community, and the world at large.  The way we see it, we’ve produced two bodies to replace the two that will be lost when we move on from this earthly plane.  We won’t be the ones contributing to overpopulation.  We’re not just thinking of ourselves.  We’re thinking of everyone.  That’s the kind of responsible, considerate parents we are.

(Photo courtesy of Katie Woodring Photography in Covington, KY.  If you do end up with another one, look no further for the best “coming home” pictures you would ever want)

2 thoughts on ““When Are We Gonna Have Another What??””